Barcelona and the Sea Route

Barcelona and the sea

In our route of Barcelona and the sea we aim to present an essential facet of Barcelona, which is the relationship that the city has with the marine world. 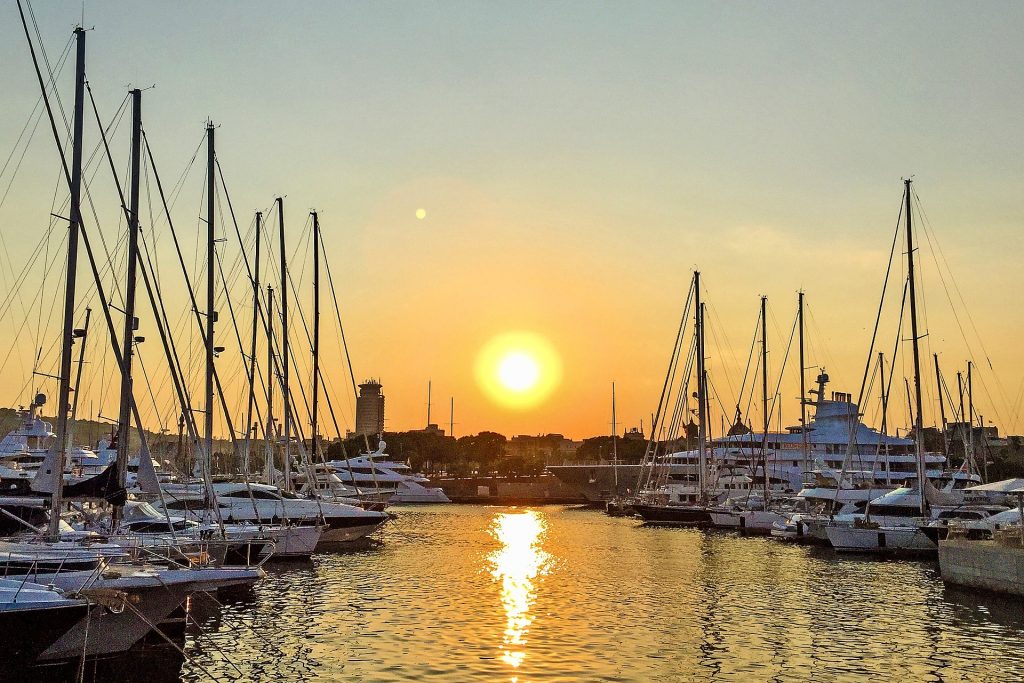 The evolution of Barcelona’s neighborhood over time

In this visit, we will explain the history of neighborhoods, buildings, streets and people who have fostered this relationship over te centuries:

We will see the importance of the guilds in the Ribera neighborhood, strolling through the Palau del Mar, the Basilica of Santa Maria del Mar, and remember the evolution of la Barceloneta, Port Vell…

Discover the history through the streets of Barcelona

Since its beginnings, the history of Barcelona has been intimately linked to the sea. Over the centuries, its coastline has varied as a result of the constant dynamic between sea and land.

In the 6th century BC, the mountain of Montjuïc and its Iberian settlements presided over the plain located between the Llobregat and Besos rivers, which at that time had a totally different coastal profile than today.

To the east of Montjuïc, long beaches and a small bay allowed the sea to enter inland, far beyond the current coastal strip. Facing the sea, on the top of this hill, the Roman Barking was established.

Later, time led to the appearance of changing landscapes of islets and lagoons. The marine regression continued and the new areas of dry land that appeared were occupied by orchards and houses.

The construction of the new Royal Shipyards was the beginning of the change and in 1477 the definitive port was built and the island of Maians (Barceloneta district 1753) was joined to the mainland.

We will pass by the Moll de la Fusta and the old Tinglados that were built to store goods and that nowadays have become the Museu d’Historia de Catalunya (Museum of the History of Catalonia).

This tour, in addition to presenting these important aspects of Barcelona’s history, is also an opportunity to stroll along the 5 kilometers of coastal route that surrounds the city, thus mixing educational interest with the pleasure offered by the presence of the sea.