In our Cervantes Route we want to give you the opportunity to know the Condal capital. A city that Miguel de Cervantes, the most universal Spanish writer, visited in the early 17th century. Incidentally, it served as inspiration to choose where the adventures of the ingenious knight Don Quixote of La Mancha end. 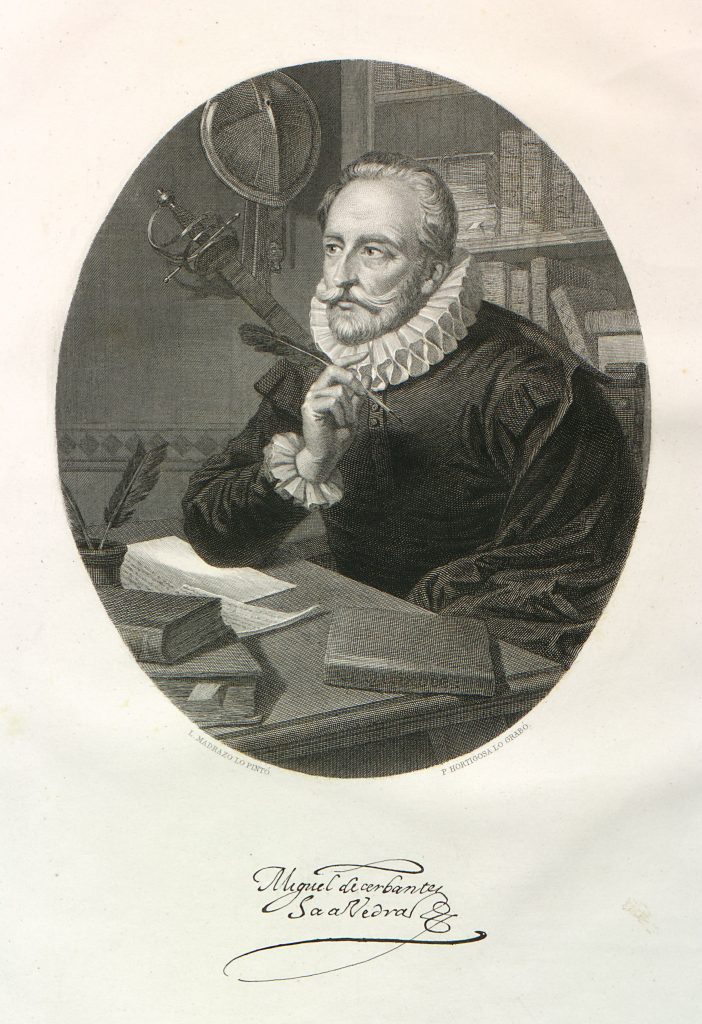 Barcelona as Cervantes knew it, at the beginning of the 17th century was still a walled city, full of infinite narrow streets and mysterious nooks and crannies.

The sea is the first thing that awakens the admiration of Don Quixote and Sancho Panza when they arrive in Barcelona. Its sighting moves the two protagonists of the novel, since it is the first time they see it.

Of all the portals that the wall had, Cervantes chose the one facing the beach to place his characters. On its maritime side, the wall had an entrance at the height of where today is the Faculty of Nautical Studies in Pla de Palau, next to the Palau de Mar, so it can be assumed that it is through that door that Don Quixote and Sancho Panza enter. In fact, we also propose a route of Barcelona and the Sea for those who want to discover this essential facet of Barcelona, which is the relationship that the city has with the marine world since Roman times. 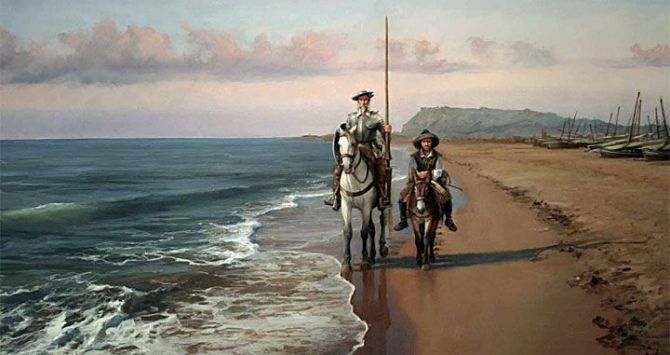 Nearby, on the third floor of a building located at number 2 Paseo de Colón, is where Cervantes is said to have stayed when he was in Barcelona. From his window he could enjoy magnificent views over the city wall and contemplate the beautiful blue Mediterranean Sea.

The most outstanding work of Spanish literature

The best way to finish the route of Don Quixote in Barcelona is to get on one of the famous Golondrinas, an optional section in our Cervantes route, the boats that sail along the coast of the city, to be able to contemplate it from the so admired Mediterranean Sea of Cervantes 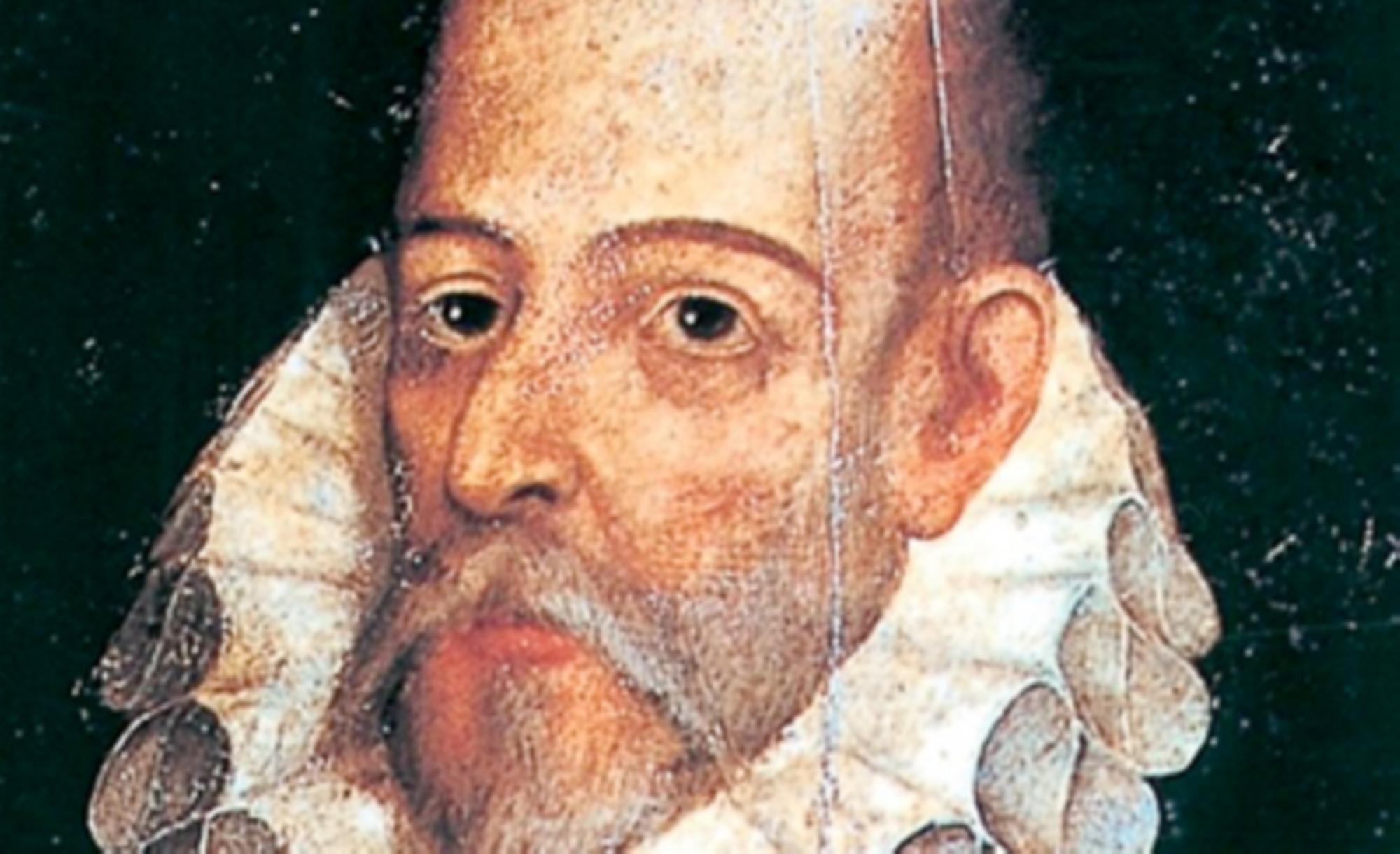